Phosphorescent (so-called „glow-in-the-dark”) paints are paints which glow in the dark with their own glow after prior lighting („charging”) with day, artificial or UV light.

These paints remain almost completely transparent during the day, and in the night conditions or during the blackout they begin glowing with their own glow. By using phosphorescent paints, an architect can create e.g. building facade or murals which charge with light during the day and glow after dark, changing their appearance together with the catural cycle of day and night; ceilings shining in the night like a star-studded sky; elements of pavements „illuminating” the way for pedestrians, glow-in-the-dark ornaments, elements of decorations or costumes.

They are also used for application of warning and information signs and communication paths visible in the dark. 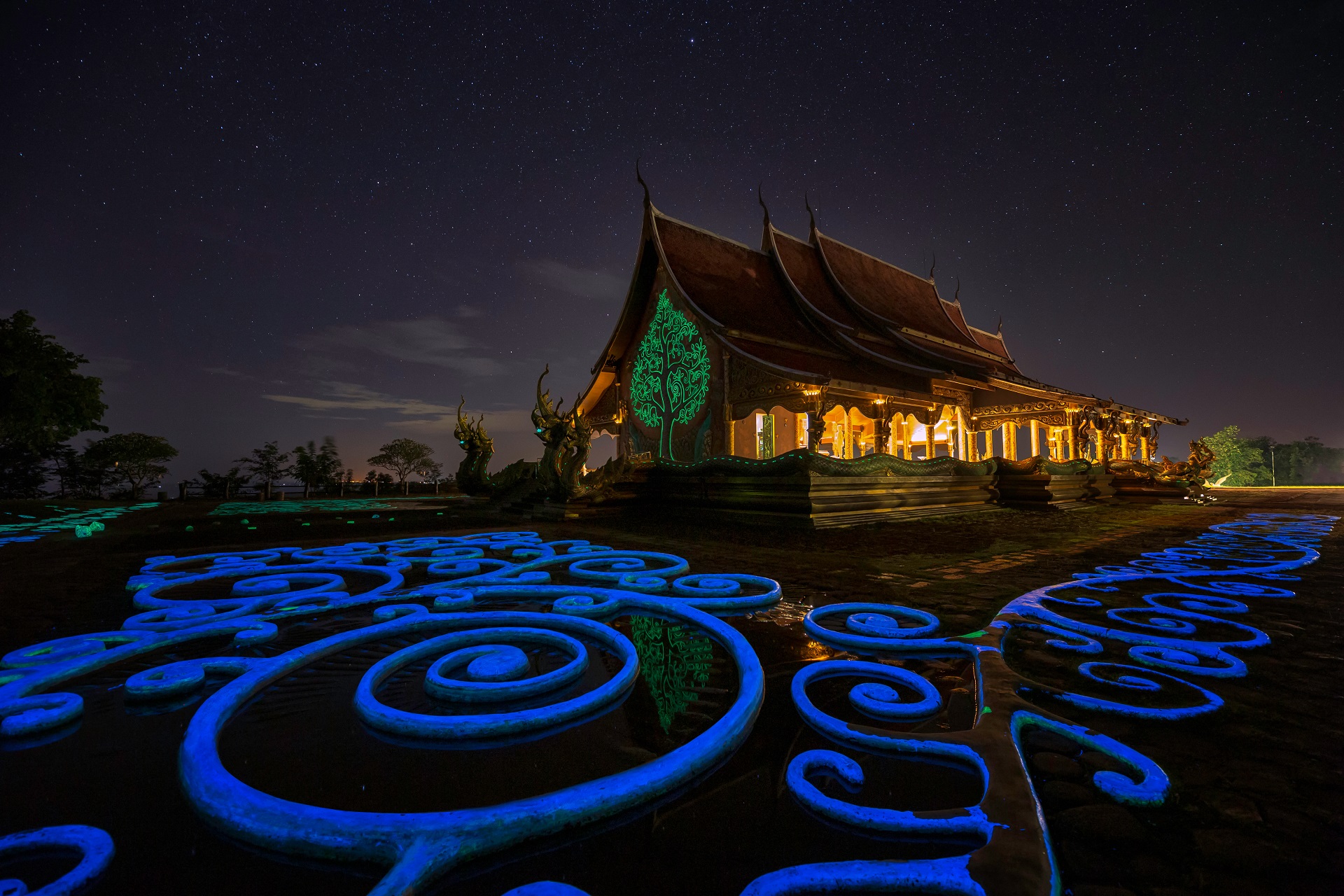