Phosphorescent (so-called „glow-in-the-dark”) inks are inks which glow in the dark with their own glow after prior lighting („charging”) with day, artificial or UV light. They enable the printer to build a sort of tension and a dialogue between the spectator and a product.

Elements of labels, packagings, advertising printouts change under natural cycles of day and night. The inks remain almost completely transparent during the day, and in the night conditions or during the blackout they begin glowing with their own glow in green, yellow, blue, red, orange, or purple.

With the help of phosphorescent inks, a creator of marketing printouts can light up the nighttime surroundings of a recipient, both indoors and outdoors. They are also used for printing warning or information signs as well as elements of communication paths visible in the dark. 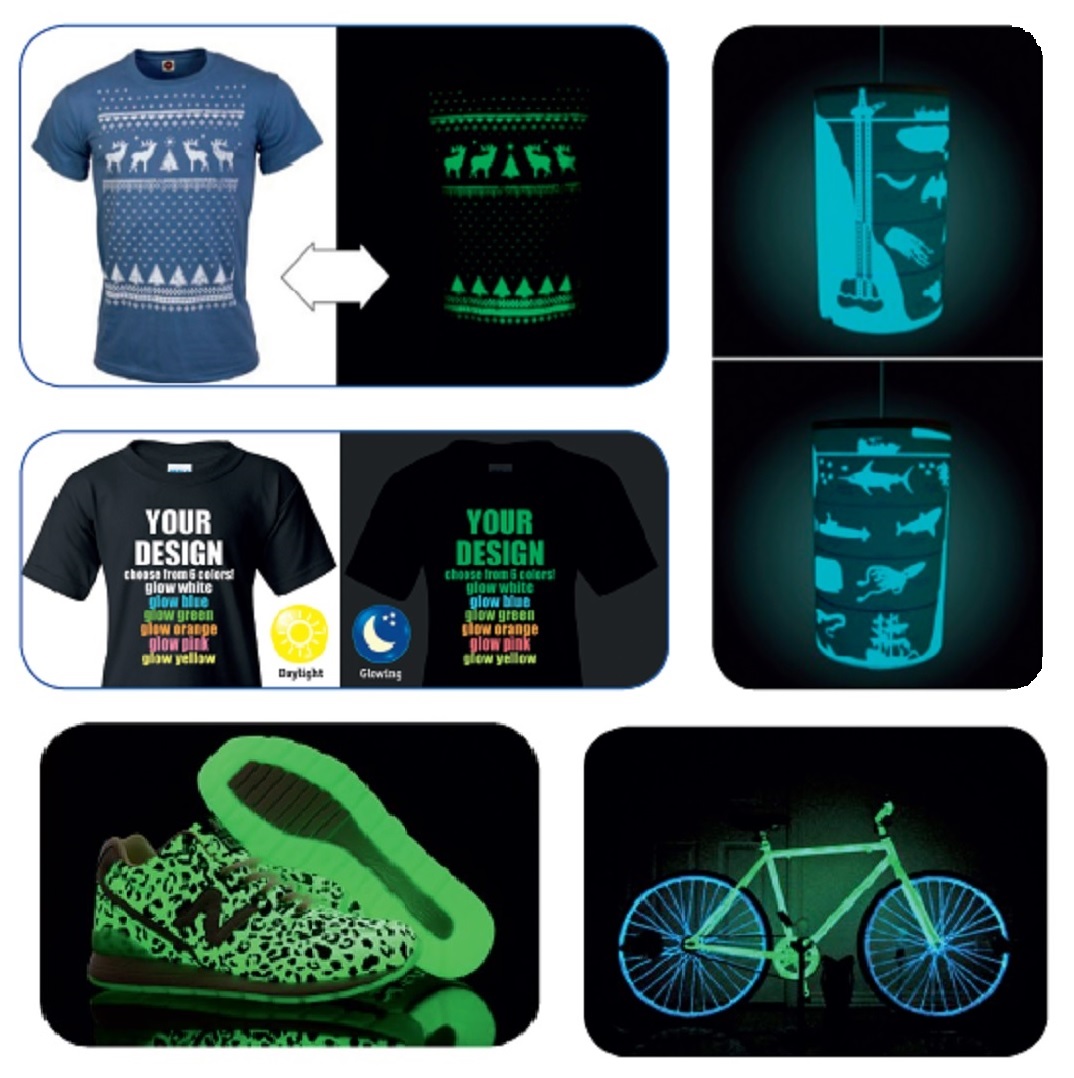